Best tyres and oil for your R1200RT/R1250RT get other users opinions here.
Post Reply
131 posts

stelyn wrote: Hi Richardbd,&nbsp; mine were worn down&nbsp; to about 85% so I suppose I&nbsp; could have got more mileage&nbsp; out of them.&nbsp; &nbsp; In the past, on previous Bikes I have tended to buy Bridgestones ,&nbsp; this is my first experience with Michellins .&nbsp; I know it could be considered `early days',&nbsp; and&nbsp; you have to factor in road surfaces /weather conditions and rider habits, ect ect,&nbsp; but in my opinion these are far better tyres&nbsp; than those Z8's that I am well shot of.&nbsp;
I also went on reccomendations&nbsp; from other local club members using PR4's,&nbsp; so should the tyres&nbsp; not live up to all the hype and expectations,&nbsp; I'll revert back to the BT 023'S.&nbsp; &nbsp; &nbsp;

Thanks Stelyn.&nbsp; Reckon I'll stick to my PR4 plan then...
Top

Of all the tyres I've had on my bikes, the best without any doubt were the Michellin Pilots. I've had pegs down on the Helmsley TT, ridden across Germany on autobahns in torrential rain fully loaded with my wife on the back and not once have I ever felt even a hint of a slip. Not even on white lines. In the wet I didn't even notice the difference. They wore evenly, with no flat centre section and got lovely & sticky in the summer when I needed it;-). So impressed am I by these tyres, I would fit them if they were twice the price. I have almost new Conti's on at the moment and I'm seriously thinking of changing them over.
Top

That's a good endorsement Chad, glad I got them now.....

The Poll is, "What Tyres are on Your RT", irrespective of the Year/Model.


DaygloDavid wrote:Have added a Poll, if there are any Manufacturers/Tread Patterns on your bike not listed, please post them here & they can be added, thanks.

Dayglodavid although I have Z8s on my bike it was not through choice, they were fitted by BMW. However, I am very interested in your poll as I will use the information to get my new ones. So best of luck and hope they all play ball :clap:


NB. There is nothing wrong with the Z8s just nothing to compare it with on my bike.
Top

Whilst at National Bike Tyres last week, Steve mentioned Avon Tyres as an alternative for the RT.

The Avon Fitting Guide, http://www.avon-tyres.co.uk/motorbike/r-1200-rtst, comes up with either a Storm 2 Ultra or Storm 3D X-M.

Has anyone had any experience of either of these tyres, my last Avon tyres were Roadrunner or going further back Speedmaster.
Last edited by David. on Sat Apr 25, 2015 9:35 am, edited 1 time in total.
Top

The Motorrad touring tyre test gave the Storm 3D XM a very poor wet rating. Personally the competition is too good, I would not touch them. When I have worn out my Z8s going to try Pirelli Angel GTs. The Z8s have done 4000 miles and I they look about half worn. Think the Conti RA2 GT half worn handle better. I'm very tempted to try the EVO version of the RAs but I think they might wear out too fast, hence the lean towards the Pirellis.
Top

I've been trying hard over the past couple of months to lose the flat centre section on my continentals (the first owner did 2000 miles on the bike & must have ridden everywhere totally upright!) They are rounding off reasonably well (I've now done over 1000 miles that include corners!) but the front tyre is feathering badly, and I don't brake particularly hard. As I've mentioned before the design of the tread really doesn't help.
Top

I had some Avon storm 2s on my log K12GT,&nbsp; Decent enough wet or dry but one thing I didn't like was the slow speed riding on them.
They are kinda oval shaped so the upright contact patch is narrow and can have you doing a mini slalom,&nbsp; (maybe I'm just shit at slow speed control, but not had a similar problem on other tyres)
I too used to have some Avon roadrunners on a Honda CB900f many many moons ago.. They were the dogs bollox then... But shite compared to modern stuff
Top

Im sure it was the tyres Maz, but do k16's go slow?! the tyres make a huge difference to the bike. Some is of course individual preference but in my experience some tyres simply don't suit the handling characteristics of the bike. And as mention on another thread- some tyres are fine when new but awful when partially worn-especially if the rider doesn't go around corners & squares them off. I honestly think these kind of riders would be better if with cross ply car tyres!&nbsp;
Top

My 2015 rt came with Metzeler Z8 tires and at 10K front tire needs replacing. It has cupped real bad. I don't see a value in this tire.
Top

Metzeler Roadtec 01 added to the Poll.

Who's going to be the first to have them fitted to their RT in January 2016.

It will be interesting to see if they replace Z8's as one of the 3 Factory Fit Options for RT's. 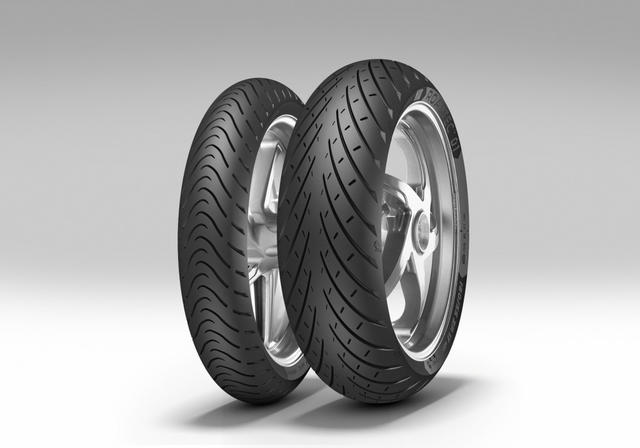